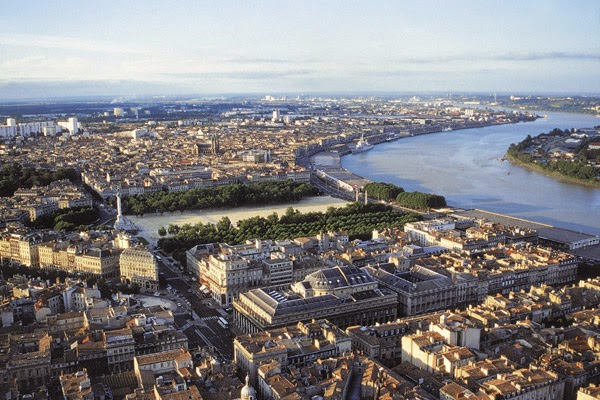 When we lived in Bordeaux in 2009, it was easy to fall in love with the city. It is a city made for strolling and enjoying in its own right- along the broad walkway by the banks of the Garonne, which emphasises the handsome curve of buildings mostly of exquisite 18th century architecture, past the renovated facades, down the maze of small pedestrianised streets in the centre of the city linking a series of small squares filled with cafés. If not strolling, one could jump on and off the handsome glass and steel trams that almost seem to float along the streets. 3 tram lines criss-cross the city enabling easy commuting between the mains sites. Trams filled with the rich, the poor, the young and old but what was obvious was the number of university students, (Bordeaux is home to some 50,000 students), often laughing and talking loudly in impenetrable slang (what was that they were saying "schaypas"? .... Oh "je ne sais pas!"  "dunno" vs "I don't know" for example)

It was hard to believe that only a few years before Bordeaux had a more sombre feel, its buildings darkened by centuries of soot, its roads clogged by cars, its docks abandoned, its riverbank largely under utilised. Led by Mayor Alain Juppé, money was invested in cleaning up the facades, opening up the squares and allowing more outdoor eating. In July 2004 the first tram was put in service amid much controversy. Many shopkeepers feared loss of business if traffic was taken out of their street but in fact the exact opposite was true- the centre of town was liberated by removing cars and improving access by tram, bike or by foot. It seems the capital cities of Australia might have a lot to learn by this transformation by focusing on public transport and reducing cars from our inner cities.

In 2007 the city was world heritage listed by UNESCO and now Bordeaux has become one of the most rapidly growing tourist destinations in France. Wine tourism in the surrounding wine regions has taken off- more on that in another blog. The very fast train from Paris is coming in 2016 (it will become a 2 hour trip to Paris and one hour to Barcelona). The city it seems has a bright future. 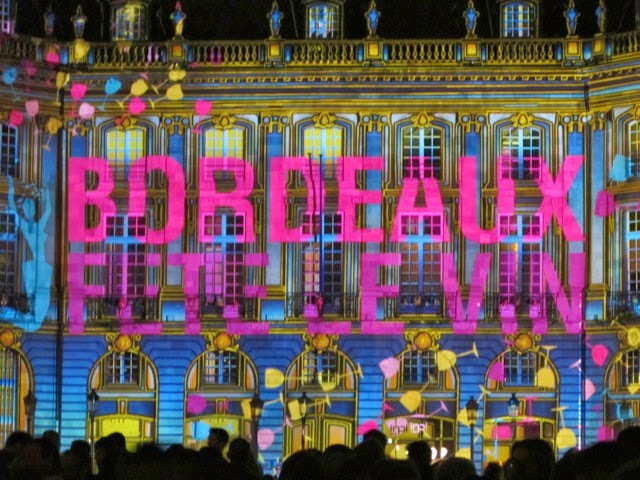