In the article below,  from the UK's Daily Telegraph of Tuesday 14 October, 2014,  Producteurs Plaimont from Gascony in South West of France are referred to as producers of excellent wine from unusual grape varieties. 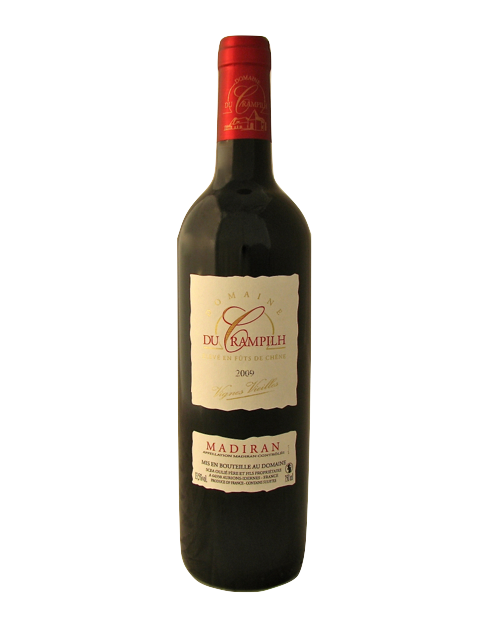 DiscoverVin imports and distributes wines from authentic producers such as  Domaine du Crampilh annd Producteurs Plaimont, made from the unusual grape variety Tannat.   The Chateau St Go Rouge  has been one of best selling wines, particularly at the City Wine Shop in Spring Street Melbourne.

In February 2013 Sean Mitchell from The Grape Observer wrote "Aromatically, the Chateau Saint-Go 2007 has pronounced notes of blackberries, supplemented by the scent of sweet cloves, dark plum skins and dark cherries, and is generally rather opulent in expression.  On the palate, the wine is dry, with medium acid, fine grained tannins and medium to long length.  Blackberries abound, and the finish is balanced.  I found myself drinking this wine rather effortlessly, enjoying its nuances of length, grip and blackberry flavours.  I would suggest that it is fully developed and provides excellent drinking right now.  Good"

"Nero d’avola. Tannat.  Picpoul. Manseng Teroldego.  Furmin,  Carmenère. Cortese. Arrufiac.  These are the names of just some of the lesser-known grapes you can find on our supermarket shelves. As I wrote earlier this summer, big retailers have been growing increasingly adventurous over the past few years, supplementing the usual mass-produced brands with interesting grapes, partly to satisfy curious appetites, and partly because supermarket wine buyers love wine, too, and want to share the fun.

It was a chat with Olivier Bourdet-Pees, managing director of the excellent Plaimont Producteurs cooperative in deepest Gascony, that made me realise how extreme the effects of the globalisation – or Starbucksisation, as I sometimes think of it – of the wine market since the end of the Second World War have been.

“In 1950 in France,” said Bourdet-Pees, “the most popular 20 grapes – merlot, cabernet, syrah, chardonnay and so on – made up only 50 per cent of the vineyard. Now those same 20 varieties account for 93 per cent. It’s a motorway of taste. It’s difficult to explain, and difficult to show.”
Data from the Wine Economics Research Centre in Adelaide demonstrates that this is not just a post-war phenomenon: grape diversity is still in decline in the 21st century, not just in France but globally: in 2010 significantly more of the world vineyard was accounted for by the same grapes as in 2000. Or, to look at it another way, 12 of the 44 countries studied had more than one-third of their vineyards covered with just one – very popular – grape variety.

Plaimont Producteurs runs a conservation project to rescue forgotten local grapes from obscurity, searching for and propagating the vines and carrying out experimental micro-vinifications on its fruit. Its nursery includes 12 varieties whose identities are completely unknown. It also works with non-mainstream varieties, and does it well.

Plaimont Producteurs is far from being the only growers labouring to maintain a ranger network of winding lanes and overgrown byways as an alternative to the international merlot superhighway.
Across Europe other small and dedicated resistance fighters, like Walter Massa in Piemonte, are engaged in the campaign to restore grape diversity.

The distinctiveness that different grape varieties – and geography, too – can offer is not just important in Europe, with its richness of indigenous grape varieties, but in the New World, too. It is thrilling to see Australians making fiano, Uruguayans growing albariño and New Zealanders vinifying gamay. One of my favourite eccentric vineyards in Marlborough belongs to the Swiss Hans Herzog, who is borderline-obsessed with cultivating varieties not usually found in this land of sauvignon blanc. He has arneis, zweigelt, nebbiolo, barbera… the rows of unexpected vines stretch on.

But why, even as there is an increase of choice on our shelves, do the popular grapes grow ever more popular? Sales of the top white grape, sauvignon blanc, have increased by 13 per cent in the last year even as overall sales of wine remained flat. It might simply be a consequence of being bewildered by choice. Studies have shown that the more options people are given, the more likely they are to make a conservative selection. Perhaps it’s the same with grapes: offer drinkers three possible glasses (or bottles) of white and maybe they will curiously pick the verdicchio. Over-face them with a menu of 20 and – oh goodness, sauvignon blanc please.

Of course, this is why local grapes were more popular when they were local grapes, available in certain patches of the country, before globalisation took a hold and simultaneously made everything more available and everything less. It’s a classic Catch-22 situation. Happily, we can solve it with a glass of wine. The right glass of wine."
By MMMHarrington at October 15, 2014